1.The origin of the LEGO brand and its position in the building block industry

Before introducing knock-off brands, let’s review the history of LEGO and give a reason for knock-offs.

LEGO was born in Denmark, the fairy tale kingdom in 1934, and was founded by Ole Kirk Christiansen, a skilled carpenter. Yes, Lego toys at the beginning were all made of wood, and it was for this reason that LEGO was developed for the first time, because during World War II, Denmark was occupied by Germany, the government banned the import of toys, and The use of metal and rubber in toys is prohibited. It wasn’t until 11949 that Lego Plastic Bricks came out (and this year, New China was just established, is it a coincidence ?!).

As the war ended and the country lifted the ban, in 1959, LEGO began cleaning up wooden blocks, began using plastic blocks as its core product, and sold products to other countries, such as Norway, Germany, Switzerland, and the United Kingdom.

The subsequent development will not be described much. LEGO has been flying all the way and gradually became the leader of the building block industry. For more detailed information, please see WIKI here.

2. When does LEGO knock-offs and Brands appear in China?

3. What are the LEGO knock-off brands in China

In China, there are many brands that counterfeit LEGO. The following are “famous”: 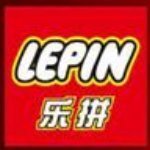 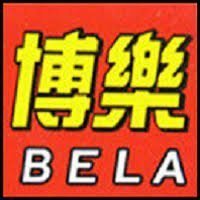 Both BELA and DECOOL are on sale at this site, you can click here (BELA, DECOOL).

The five brands listed above are relatively well-known in China, but many are not listed. How do you judge the Chinese brand building blocks and knock-off brands?

It’s very simple. Search Google for brand keywords. Is there an official website? If there is a brand-building block, if not, it’s a knock-offs brand.

The so-called knock-offs are to copy exactly, that is, to go to the supermarket to buy a set of Lego back, and then take it home and produce it in that way without any own creativity. In short: Except for quality and brand, everything else is exactly the same as LEGO.

As a webmaster of LEGO Alternatives, my suggestions are:

Since Lego has a long history and good quality assurance, if you don’t care about the price, please buy genuine LEGO.

If you just want for fun, or if Lego is too expensive for you, you can try knock-offs brand.