In 2018, the brand “QMAN” will be all-around upgraded, and QMAN Culture Communication is brick by brick developing as a culture innovation enterprise integrating original toy design, development and production, domestic and oversea terminal sales and animation film production and advertising.

BanBao sticks to the concept of “Coalesce teaching and entertainment, Combine brains and hands”, and created building blocks toys suitable for different age periods. BanBao has developed tens of thousands of blocks and export to over 100countrys and hundreds of thousands of families.

BanBao Building Block has passed many certifications such as 3C(China), ASTM(America), CE(EU) for its reliable quality. What’s more, BanBao is an authorized audit by ICTI (Int’l Council of Toy Industries), which is famous for corporate social responsibility and makes sure the products are manufactured in a safe and humane environment. 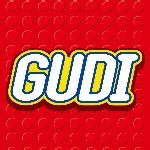 GUDI building block is at the leading level in building block industry of China and has a high reputation in blocks players for the high-quality, wonderful touch feeling and modern design. It is also deemed as one of the replacements of LEGO.

Sluban Block is the brand of Shiji Youyi Toys Co., Ltd. which is a toy manufacturer concentrating on product developing, manufacturing, selling, and trading, founded in 2004. The company has a sound quality management system and its products are certified by various toy safety standards of China, America, and EU (passed ISO 9001:2000 and 3C).

Sluban developed near 400 Sluban series building blocks by taking “Multiple Intelligence Theory” as the product development philosophy which comes from the US Harvard University professor—Howard Gardner. So that the children can have all-round development intelligently, physically and mentally. The company launches over 60 new products and its annual sales volume has exceeded 3 million.

MITU Block is the brand of Beijing AIQI Technology Co., Ltd., an internet technology company concentrating on the research and development in the field of Artificial Intelligent and Robotic Technology.

AIQI gathered a group of dream, creative and curious young people and acquired a great number of patents in intelligent hardware areas. AIQI successfully developed DIY interactive robots that are easy-operated, able of studying and update armed with a powerful research team, production resources, and advanced technology and it offers much fun of man-robot interaction for modern life.

SENBO Block is the brand of SENBO TOY Co., Ltd. which is a professional building block manufacturer focusing on toys developing, manufacturing and selling, founded in 2010.

SENBO Block is famous for excellent designing ability and various original works. In 2017, SENBO Block strived to create a “Black King” series which achieved much attention once launched. And in 2018, Girls series and S&T series came to market. Till now, The Wandering Earth series, Mechanical Code series and Street Scape series are very popular, while the Ultraman series owned the most fame (brand-authorized).