This Bison Hovercraft is already an old product. If you remember correctly, it should have been listed around 2015. It has 5 years of history. For manufacturers, it should be a discontinued product Product. There is a problem with the old GUDI bricks: they are unwilling to pack them in steps. This box of nearly 1,000 pieces of The Bison Hovercraft does not pack in steps. So when you build, you need to find a platform large enough to take all your blocks apart and put them together, and then slowly find the parts you are looking for. Of course, this problem has gradually disappeared in the new GUDI building blocks.

One of the three amphibious tanks that came with the ship. From the appearance, it is a bit like WC-551. The workmanship of this tank is better than the other two. As for which tank it is, GUDI No answer was given, and everyone can only guess. This set also comes with a small scene. This small scene is very simple. You can put the figurine in it to simulate the battle scene.

Let’s take a look at the main body of this set, The Bison Hovercraft. First measure its size, from the bow to the stern of the landing craft, its length is almost 40 cm. Let’s look at its width again. The width of the hull is almost 19 cm and its height is almost 22.5 cm. Now you should have an intuitive understanding of its measurements. If you still don’t have, we will compare it with a Lego product. The fireboat is next to him, can you see the gap?

The Bison Hovercraft has a full-load displacement of 555 tons. It is the largest air-cushion landing craft in the world. Its size is much larger than any dock landing ship and amphibious assault ship today. In addition to carrying heavy equipment such as main battle tanks, it can also provide a certain level of fire support for landing forces. In addition to grabbing beaches, you can also perform logistical support tasks. At present, China has acquired the construction technology of the bison, and in the future, China will also produce large-scale air-cushion landing ships by itself. 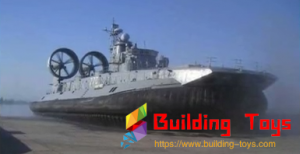 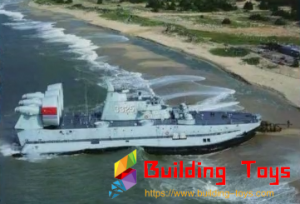 As a sign of the bison, the three variable-pitch four-blade propelling fans behind it is also very well restored in this set of GUDI blocks, and you can see that it has 4 blades, which is like a real bison Is exactly the same. Behind his superstructure, there is a tower-shaped mast. At the top of the mast, there are SRN-270radar, artillery firing control radar, and electronic fan equipment. In front of the hull, two AK630 close-propelled guns were made, only 30 The millimeter close-up gun is relatively large on this and looks a bit like the main gun. It felt like it was removed from the battleship. The superstructure of this hovercraft will make you feel that the details are very rich, but there are not many places that can be moved in this superstructure. You can only observe from a distance, including transparent parts such as the bridge area, which can create A very good effect on its bridge. This hovercraft was designed symmetrically, and its rocket launcher was not made.

Since it is a landing craft, the capacity inside the hull is very large. After opening it, you can see that the entire cabin is empty. You can put the landing craft and everything into it, just like a real bison. It allows three cars to be placed side by side. 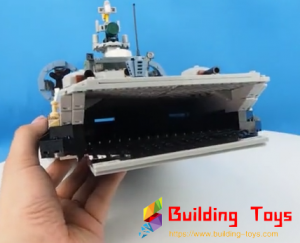 Its deck uses an easy-to-remove design. You can easily take it away. After you take it away, you can see that there is nothing in it. You can manually put the things you want to carry inside.  If you have extra building blocks, you can try to DIY some good things yourself, such as you can make a Dongfeng warrior yourself, or you can make a 59 tank and put them inside. Although there are some differences between the forces carried by The Bison Hovercraft in reality, but it doesn’t matter, just have fun! As long as you make sure that the weapons you build are all 4 width vehicles, and the height is the same as the original vehicle, you can put them in this Bison Hovercraft.

The feel of GUDI’s building blocks is very good. At least I think that it feels better than Lepin when put together. It is basically at the same level as Enlighten. Buying it will not disappoint you.

Let’s talk about the disadvantages:

First, package: After the 17 packs of parts are taken apart, they are all put together, and finding one will cause some trouble. I hope manufacturers can improve it and subcontract according to the steps, which can reduce everyone’s work intensity for finding parts.

Second, bottom tires: You can see that there are 4 wheels on the bottom of The Bison Hovercraft. These 4 wheels are actually hard-mounted. If you have extra parts, use the half-curved glossy parts, and install it underneath, so that it can further strengthen the chassis, and at the same time, it can show a sliding effect, which will be more effective than installing a tire. better. 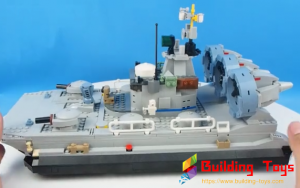 The last thing to say is the price. This Bison Hovercraft is available in our store. The price is $75. If you like, you can click “Buy Now” to buy.

If you like fast shipping, you can buy it on Amazon. 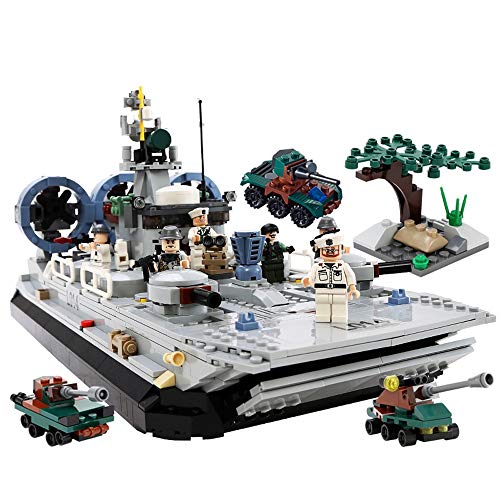 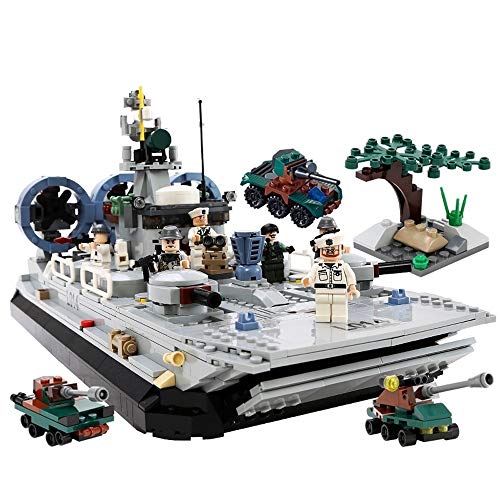